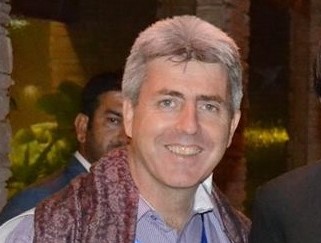 The diocese of Kerry focuses on Mission this month with a public invitation to attend their Mission Month Webinar with Liam O Callaghan, an Irish Columban priest working in Pakistan, the site of horrific flooding and climate carnage this year.

Join the Webinar on Thursday 20th October at 7.00pm for one hour as we celebrate and create awareness around Mission.

To join register in advance:

As locally we face inflation hikes and electricity shortages we turn our attention during this Webinar, Thursday the 20th of October, to poverty-stricken countries and we converse with people who dedicate their lives to working with the poor, focusing on education, health and dialogue between faith groups, in the hope of peace and justice. Liam O Callaghan is one of these. Throw into that mix the overwhelming negative impacts of climate change to which richer countries, Ireland included, have contributed and we see how the problems for poorer countries like Pakistan have escalated. This summer extreme heat followed by the well documented, severe monsoon floods, left one third of Pakistan under water. This caused widespread devastation to the agricultural sector, especially in the southern parts of the country where Fr. Liam is based. Villages were washed away leaving around 3.4 million children in need of assistance and at increased risk of waterborne diseases, drowning and malnutrition. The situation is still critical in the worst affected areas due to the flooding from the overflowing River Indus and Lake Manchhar. The Sindh Government has declared 23 out of 29 districts as calamity-hit areas.

The theme for Mission Month is: You will be my witnesses and Mission Sunday is celebrated all around the world on the 23rd of October.

Missio coordinates activities in relation to Missions worldwide. Missio Ireland is the Irish branch of the Pontifical Mission Societies. They are the Pope’s official charity for overseas mission. Wherever the Church is present, Missio is there, meaning they reach out across five continents to support over 1,100 mission dioceses. Each Missio is headed by a National Director, appointed by the Pope. www.missio.ie. Our webinar is timed to take place just before Mission Sunday when prayers are said, and a collection is taken up in all parishes for overseas mission. The funds collected are, in essence, a solidarity fund to enable missionaries, often in remote areas devastated by conflict or climate change, to continue their dedicated work. 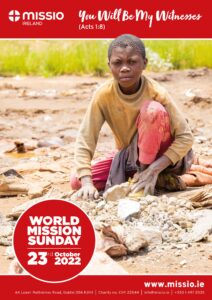 For an update on the situation in Pakistan from Liam O Callaghan see below.

The situation is still critical, reports Columban missionary Fr Liam O’Callaghan. Writing from Pakistan’s Sindh province, where the Columbans work, he explains how the government has declared 23 out of 29 districts as calamity-hit areas. “I have seen many humanitarian disasters in the world, but I have never seen climate carnage on this scale.” That was the response of UN General Secretary, Antonio Guterres last week as he visited…….