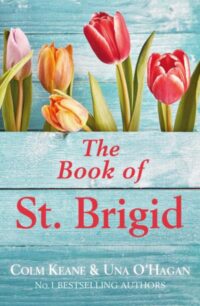 Colm Keane died on the 21st of January may he rest in peace. Colm was no stranger to the diocese of Kerry having talked on his books and his life in churches around the diocese a number of times over the years. He was on Horizons on St. Stephens Day with his wife Una O Hagan talking about their latest book, The Book of St Brigid.
Horizons 261221
Please accept statistics, marketing cookies to watch this video.
Roanan McGreevy writes in the Irish Times last Saturday:

The author of 29 books, he wrote extensively on near-death experiences in his book Going Home: Irish Stories from the Edge of Death where he interviewed 60 people who had almost died. It was a bestseller when it was published in 2009.

In a 26-year career with RTÉ, he produced and presented documentaries on a wide range of subjects including pop music, sport, politics, crime and Irish history. His interviewees included Cat Stevens, Burt Bacharach and George Best.

He co-presented RTÉ Radio 1’s first drive-time show with Mary McAleese, who went on to become president, and produced the Pat Kenny Show during Italia ‘90.

He became a full-time author in 2003, writing eight Irish bestsellers including Going Home, We’ll Meet Again and Heading for the Light.

The couple’s only son Sean tragically died in 2007 from cancer aged 20.