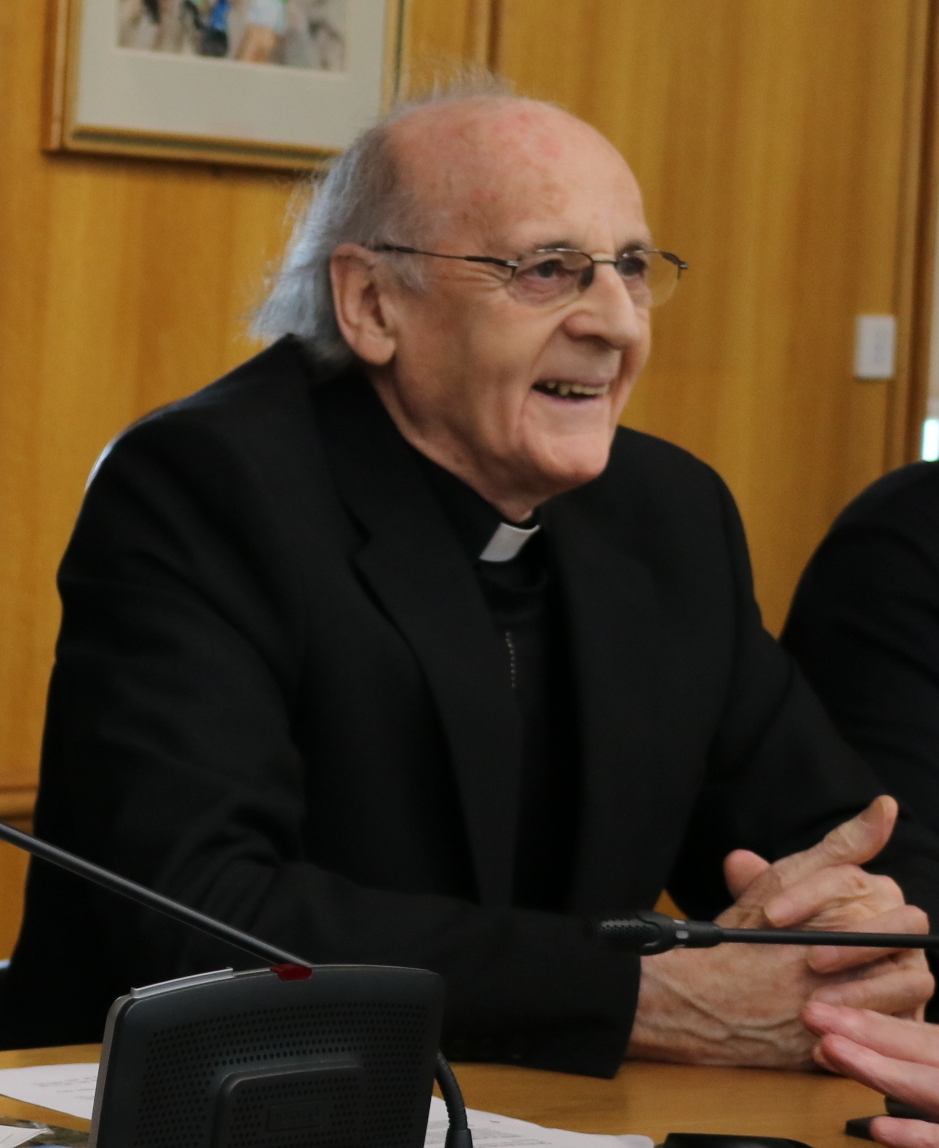 Fr Pat Ahern was honoured yesterday for his outstanding contribution to the artistic, cultural and literary tradition of the county, in a civic reception held by Kerry County Council. Fr Pat spoke with gratitude about his journey, outlining the impact the various Bishops of Kerry had on his work his location and his focus. Norma Foley spoke about his inspirational impact on Kerry and the country as a whole and she spoke with great feeling and emotion about his work with young people. Norma has worked directly with Fr Pat and has experienced his gifts first hand.  It was a warm gathering of Fr Pat’s family and many friends.

For me Siamsa Tíre is no more or no less than the celebration of simple things – things that belong to everyday human living. Things that are not bound by time at all – that carry a timeless value.  The challenge is to notice them and to value them and to not be afraid or too embarrassed to celebrate them.

A few lines from the poet Patrick Kavanagh come to mind:

“Ashamed of what I loved I called it a ditch and all the while it was smiling at me with violets”.

I hope we will always have eyes and ears to appreciate and to celebrate the beauty of simple things, that we usually take for granted, maybe don’t even notice: the wonder and the colours of the sunrise or sunset  the beauty of the  wild honey suckle, the scent of a primrose, the song of the blackbird, the things that lift the spirt in us, lift it above the mundane,  above the material, mechanichal, digita,l lifeless, soulless world that is increasingly absorbing us…

Present-day society doesn’t want for sources of knowledge and information. The PC is fast replacing the world’s libraries. What you won’t find, however, in library or PC, is a quality, or value – aptly captured, perhaps, in that lovely little Irish phrase,  ‘ciall cheannaigh’– acquired wisdom / the wisdom of experience’.

A wisdom that is rooted in nature itself, and that is mediated through the lived human experience of  thinking, reflective, discerning  men and women over thousands of years… and which often comes to us through the imaginative and creative spokes-persons of our culture – in the handing on of stories and sagas, myths and legends, poetry and song, beliefs, customs……

I leave you with a few lines from a fellow Moyvane man, the late poet/mystic, John Moriarty:

Clear days bring the mountains down to my doorstep

Calm nights give the rivers their say.

Sometimes the wind puts its hand to my shoulder.

And then I don’t think, I just leave what I’m doing,

And I go the soul’s way.

It is a privilege for me as Cathaoirleach of Kerry County Council to welcome such a special guest, Fr Pat Ahern to the Council Chamber today for this Civic Reception.

This is an opportunity for Kerry County Council to acknowledge the tremendous work that Fr Pat has done over so many years to promote the artistic, musical and literary tradition of our great county.

I am delighted that we are joined by so many of Fr Pat’s friends and acquaintances for this special occasion.

Kerry County Council occasionally honours deserving recipients with a Civic Reception such as this. As the largest public authority in Kerry, it is our way of acknowledging personal achievements which enrich the lives of the people of our wonderful county. And there can be no more deserving a recipient of a Civic Reception than Fr Pat Ahern.

Fr Pat’s contribution to the cultural life of our county has been immense. A native of Leitrim Middle, Moyvane, he was immersed in traditional Irish music from a young age. Having studied for the priesthood, he became a curate at St John’s in Tralee in 1957. He founded the St John’s Choir and was given responsibility for liturgical music in the diocese.

Graduating with a music degree from UCC in 1962, Fr Pat joined the Catholic Communications Centre in Dublin and studied TV and radio production. He produced a weekly series called ‘Network’ for RTE Radio. In those years Fr Pat worked on the production of two major religious pageants, the story of Lourdes and the story of the Passion.

His musical and theatrical work in the early years was channelled into the establishment of Siamsa Tíre, the national folk theatre of Ireland which was founded in the early 1970s. Fr Pat had great foresight in seeing the need for such a centre. Such was his passion for the new development that the diocese released him from parish work, so he could devote his time to the new theatre.

Siamsa initially operated from the old Theatre Royal Cinema in Tralee. In 1974 Teach Siamsa, was opened at Finuge and focussed on the north Kerry dancing tradition, and in 1975 a second centre was opened at Carraig in the West Kerry Gaeltacht with a focus on the Irish language.

Since then, Siamsa Tire has gone from strength to strength, culminating in the opening of the its new building on the edge of Tralee Town Park in 1991. Fr Pat was artistic director there until 1997. Fr Pat, you must take a great sense of pride in the success story that Siamsa Tíre is today.

Outside of Siamsa, Fr Pat has been responsible for numerous other productions including works on the life of Edmund Rice and the story of Christianity in Kerry. For the Millennium, he produced ‘Dance of Life’ which featured over 800 singers and a cast of 200. He has continued to involve himself also in the pastoral life of the diocese.

Fr Pat’s legacy is immense – locally, nationally and internationally. Your contribution has enriched all of our lives and has enhanced the reputation of Kerry as a place of culture, tradition and innovation.

We salute your many achievements and hope that in the years ahead, you will continue to make a contribution to the artistic life of Kerry.

We wish you every health and happiness in the years ahead.