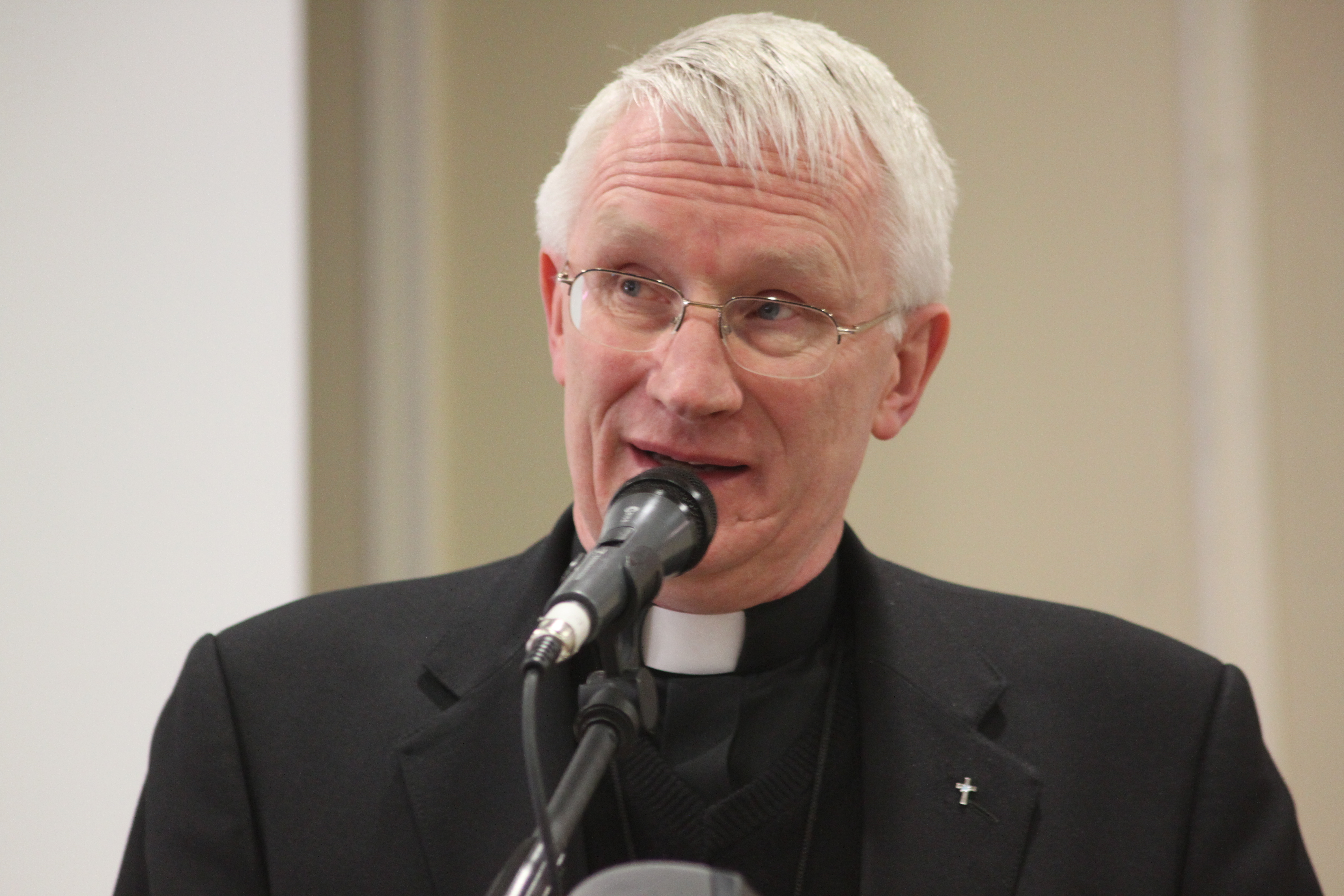 I encourage each parish to each year celebrate the Feast of St Brendan, either on the Feast Day, May 16th or a Sunday near it. The Feast occurs at a positive and hopeful time of the year. Nature is full of new life again, our world is green again. New life is born among animals and birds. There can equally be new life to our faith. In honouring St Brendan let us honour all our local Christian heritage.

Throughout the diocese there is a tradition of devotion, strong and deep. Notice locally the shrines, halls, schools and churches bearing St Brendan’s name. Notice the stained glass windows and icons and pieces of sculpture or carving and the particular aspects of his life and mission each focuses on.

Dates suggest St Brendan could have lived into his nineties, 578 is most often given as the date of his death. St Brendan travelled far, initially to deepen his faith, spending time in such monasteries as Clonard, Co Meath. Later he journeyed in Ireland to share his faith, founding monasteries such as Cloontuskert Co Roscommon, and, Clonfert and Annaghdown, both in Co Galway. It is believed he went to those places because people from his native Kerry had migrated there.  Sharing the faith is essentially telling people of, and showing them, God and His great love for us. Monasteries were places of learning and education for the locality, places of care for the sick and the poor, places of agricultural improvement, – all making present God’s love.

St Brendan’s concern was not confined to Ireland. He certainly travelled to many of the islands off Scotland and the possibility exists of beyond that towards America. Some of these travels are associated with his later years when he was a great age. Three outstanding characteristics of St Brendan come to mind: his passion to share his faith at home in Ireland; his bringing that Gospel as a blessing to people in far distant lands;  and his great trust in God as he journeyed.

These characteristics are displayed in Fatima which this month celebrates it’s centenary. I will be in Fatima on St Brendan’s Feast Day. A village happening drew a response from the whole world. For a century Fatima has given assurance and comfort world-wide to those deeply frightened of national and international catastrophes.  The past century was so awful for so many: think of two World Wars, think of the era of the Soviet Union and the fear of Soviet dominance of all of Europe, think of civil terror in Portugal. Devotion to Our Lady of Fatima has always been and continues to be a great source of comfort and assurance and a powerhouse of prayer and devotion world-wide.

Through St Brendan what is God saying to us in our time? As communities today are we challenged and missioned to deepen our faith and to live God’s love within our communities? The crowds of pilgrims who gather continuously at Fatima remind us of how world-wide the faith gives meaning to people’s lives: how much trouble and distress there is in the world, – how much our world needs, love and care, gentleness and kindness. Can we do anything to share the Gospel of Christ’s love with other communities?

Often St Brendan is depicted in a boat in full sail with a simple cross at the centre of the sail. Let us in our parishes’ journey with the cross likewise held high. May St Brendan intercede for our diocese in all our needs:

in his eagerness to spread the Gospel;

grant us, at his intercession,

on our journey through life

to set our course according to your peace

and bring us to the harbour we desire in heaven.    (Collect of the Mass of St Brendan)