The second Apostolic Exhortation of Pope Francis: Amoris Laetitia, The Joy of Love: On Love in the Family has been issued today. This is a follow on from the Synod of Bishops. 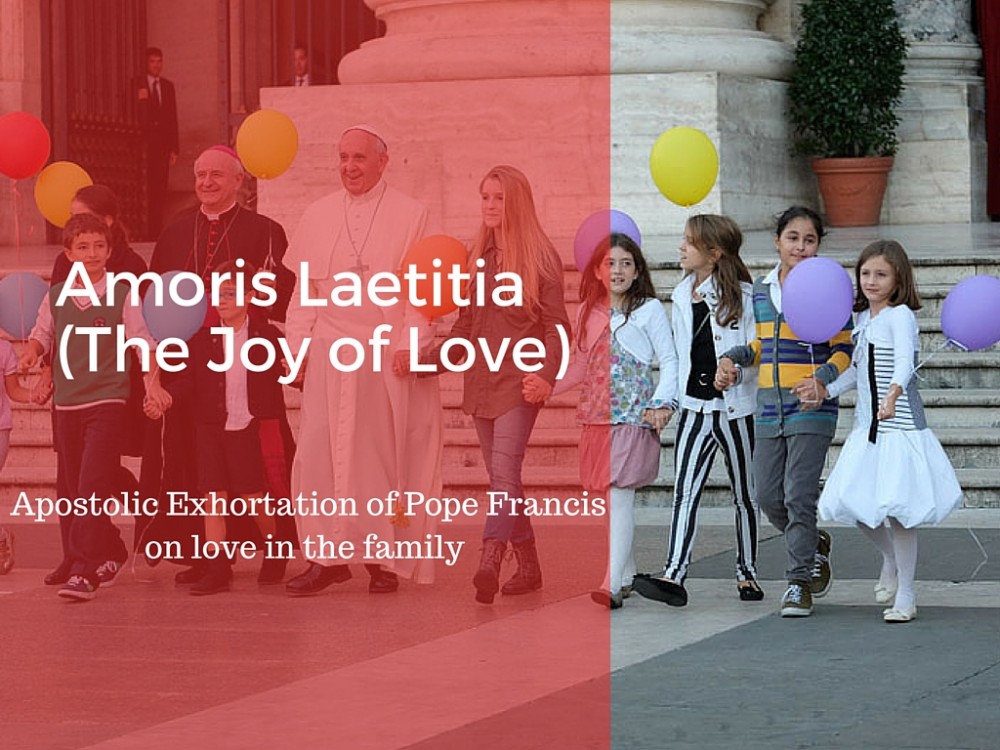