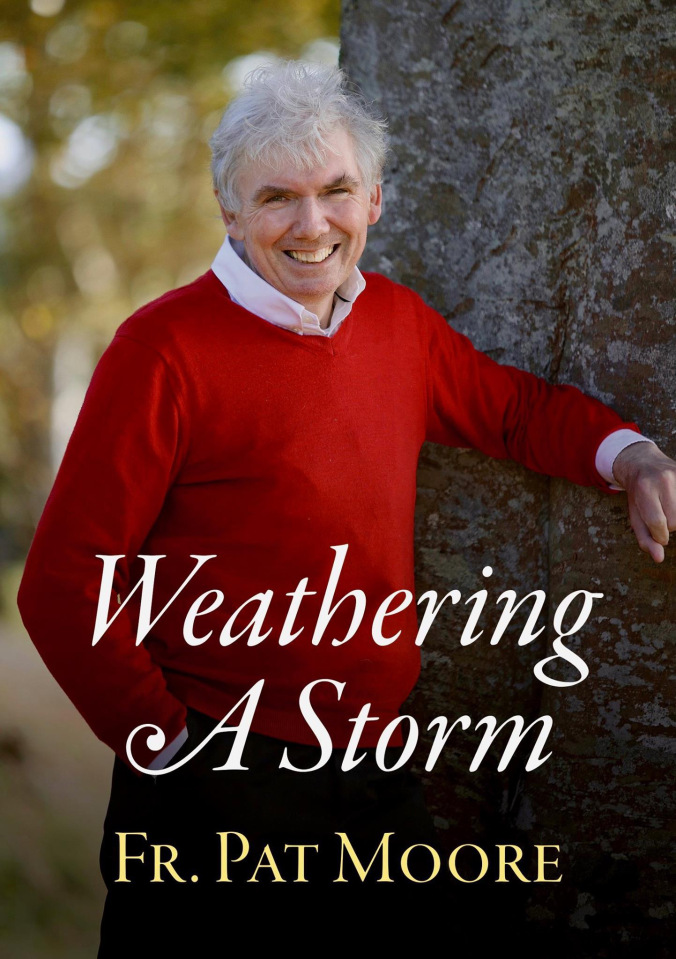 Fr Pat Moore’s new book, Weathering A Storm, will be launched in the Listowel Arms Hotel next Friday night, November 18 at 7.30 pm by his close friend, the film-maker Gerard Barrett. It is no surprise that this gifted communicator would apply his skills to the written word at a time when he physically could not be out and about doing, due to illness.  The book looks back on Pat’s priesthood, including his time spent in Rome, Listowel, Gneeveguilla, Lixnaw, Duagh, and Lyre, as well as his time growing up in North Kerry’s Asdee. He uses some extracts from his CaringBridge blog which attracted 40,000 readers and his new website www.frpatmoore.com.

Pat,  who has been a priest of this diocese for 34 years finished his treatment for oesophageal cancer two months ago, and he has written fifteen chapters about his life, saying that writing them kept him feeling positive.  “ In Weathering a Storm, I discuss my first illness and how that shaped me for what was ahead. Professor Brendan Kennelly said to me ‘the opposite to depression is expression’ and writing the book has kept my spirits up. It has allowed me to become more reflective. I’ve got great support, comfort and inspiration from wrtiting first on the CaringBridge site and currently by keeping my Facebook page.  It keeps lines of communication open with so many friends and acquaintances at home and abroad. I wanted to communicate directly and put the story out. I wanted to be as honest and transparent as possible.”

Many thanks from all in the diocese to Pat Moore for continuing his generous input and communicating again colourfully, creatively and in such a spiritually nourishing way, by means of this book: Weathering a Storm.

Listen to Pat read from his book in the second half of Part1 Horizons last Sunday:

Copies of the book signed by  Pat will be on sale in the Listowel Arms this Friday night at 7.30 and a €1 donation from each book sold will be given to the Kerry-Cork Health Link Bus.